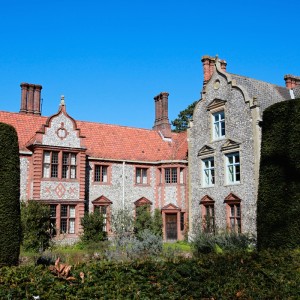 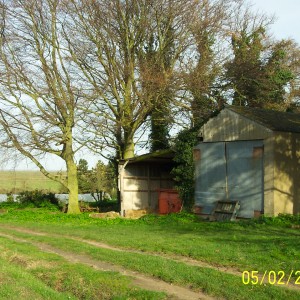 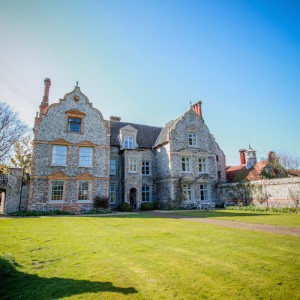 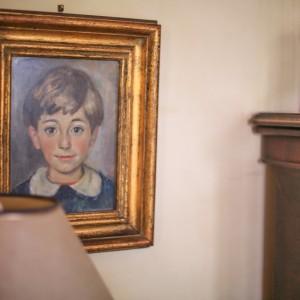 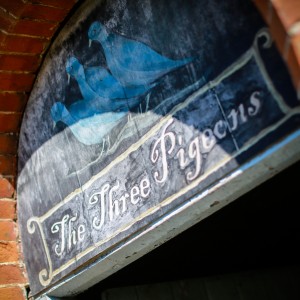 If you want to learn more about the history of Wiveton Hall please join Desmond for one of his historical tours of the garden.

Wiveton Hall was built in 1652 on the site of an earlier building which dated back to 1280. The land around Blakeney was then owned by a Norman family called De Roos who were approached by Carmelite friars wishing to build a friary.

Land and funds were provided by the De Roos on condition that a house was built for their use mid-way between Cley and Blakeney, no records exist of what it looked like.

In the 17th century, part of the De Roos estate was brought by a Mr. Gifford, the son of a merchant from Gloucester. He planned to get involved in trade along the east coast and with Holland, via the thriving ports of Blakeney and Cley and built Wiveton Hall as his home. The close links with Holland are reflected in the Dutch gables of the house.

The Giffords fared well at Wiveton until the 1870s, when due to the fall in grain and land prices, they attempted to sell the property.

The most interesting amongst numerous tenants was Mr Herbert Ward, who had been on some of Stanley’s expeditions in Africa.

The Watson-Kennedys built the west wing onto Wiveton Hall in 1907 using Sir Guy Dawber as architect. A tip-top dairy farm, fruit farm and garden ensued typical of the Edwardian era.

In 1944, the farm was sold to Captain Dick Buxton who moved here with his wife and his herd of pedigree Friesian cows. They farmed here until the 1970s by which time the place had gone to rack and ruin. Their daughter Chloe lived here with her husband Michael and their children, Mary and Desmond.

Chloe managed the land after her husband`s death until Desmond returned and undertook the gradual restoration of the farm. Now the property relies on the Café, shop, holiday lettings and environmental farming.